What’s Next For The Alaskan Iron Lady? 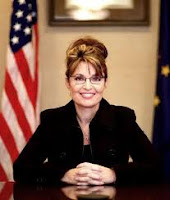 After Governor Sarah Palin’s interview with Fox News’ Eric Bolling on the eve of the Iowa Caucus, I did a segment on my show where I stated that I will not be participating in any Sarah Palin reconsider or “earthquake” movements from now on.  If you missed that segment you may listen here.  I took some flak for it.  Who cares.  I believe after Palin’s interview with Bolling on Monday, she wasn’t reconsidering at this time.
Granted, she then went on Cavuto the next day and was asked a very direct question.  Cavuto asked Palin if the GOP frontrunner starts to fall by the way side months from now and chaos ensues, would she reconsider?  Palin didn’t rule it out.  Yes, she did claim that “others” could get in.  Whether or not she is including herself in the “others” category—your guess is as good as mine.
After October 5th, 2011 when Palin first said no to a presidential run, there was no one more disappointed than ole Mr.L.  I was one of the first people to say, if the establishment can ask Chris Christie to change his mind, then tea party conservatives could do the same to Palin.  The view from here says, she doesn’t want to do this at this time.  And if there is some secret plan for Sarah Palin to get in this race late, she would want to keep it just that—a secret.  The best thing we should do for her is be quiet.  Going around beating people over the head trying  to convince them she’s reconsidering, when that might not be the case, could be counter productive.  In short, she knows we’re out there.  The less media attention that she gets about this the better.  If Palin is planning to open the Bombay doors at the last minute, she doesn’t need her supporters blowing her cover.
In the meantime, make no mistake—my support for Sarah Palin isn’t going to fizzle out.  She is still a young, experienced, capable, determined, strong conservative woman with a long life and career ahead of her.  So what’s next for the Alaskan iron lady?
There are several options.  Of course, the one I just mentioned.  She could be quietly playing possum and listening to advisers who are telling her to opt out of the traditional path to the nomination and create one that best suits her.  When Palin states that she’s an “unconventional” type individual, she may mean that she is subjected to different treatment from either the media, the left, or the GOP establishment. Other candidates do not have to endure such treatment and attention, so perhaps a strategy of flying under the radar—then shock and awe—may be best.   By the way, if you think a late entry is ridiculous, several pundits have been discussing it for the past month now.  Just last night while covering the Iowa Caucus, Beltway commentators Kristol, Caddell & Hayes discussed a possible Palin late entry.  So, it’s not a bunch of random kooks running around out there pushing this notion.

While many challenged political thinkers, liberals and Palin hating boobs still like to push the narrative that Sarah Palin cost John McCain the presidency, it’s clear from the graphic provided below that this was not the case.  As a series of snapshots taken from the documentary “The Undefeated” show the Gallup organization polling and how the McCain campaign got a clear boost when Palin fever caught fire in the fall of 2008.  Only until McCain shown himself to be inadequate in winning the messaging war during the financial crisis did his lead plummet.   McCain campaign head Steve Schmidt even admitted that McCain’s loss would’ve been much worse had they picked the independently liberal Sen. Joe Liberman or moderate Governor Tim Pawlenty.

The real question is: would Gov. Palin accept such an offer again?  Financially, it would make sense to join the ticket.  She wouldn’t have to worry raising money to enter the White House.  These costs would be covered by donors and the RNC.   Although, I highly doubt she would relish the idea of once again being told what to do, what to say, how to dress by campaign hacks much like Nicole Wallace.   As Newt Gingrich so astutely mentioned in a radio interview last fall, the McCain campaign was “stupid” when they failed to present Palin to America for what she was—a trailblazing leader with a track record of reform in the state of Alaska.  I agree and if she accepted the offer, I’m almost certain that the Palins would be laying some ground rules down.  Simply, the campaign would have to let Palin be Palin.
In many ways, accepting another VP candidacy could be the most sensible path to the presidency.  Of course, running for president in the future would rely on her performance as VP,  the strength of the administration and a positive record of getting the country on the right track.  The flip-side could be, if the presidential candidate she’s running with proves himself to be indecisive and fails to beat Obama then—no doubt—like in 2008, Palin would get the blame.  Such a scenario would be damaging to her reputation.
With that said, Sarah Palin may decide to simply make some popcorn, sit back and watch the republicans trip over themselves without her assistance.  Or, she could just keep doing what she’s doing.  In several Fox News appearances, several of her political predictions came to fruition.  She could remain a political commentator, write and sell another book, and do more public speaking.  Just today she was picked to be the key note speaker and will close out the ceremonies at CPAC 2012.
Like any other modern presidential campaign, this one is rife with candidates trying to attach themselves to Ronald Reagan’s legacy.  It should be noted that Reagan advertised for GE, traversed the country spreading his message of conservatism, worked to get candidates elected, raised money for the Republican Party for years before he ran for the highest office of the land.   She has ample time to do just this.  Perhaps, her message against crony capitalism and pro energy independence needs to be beaten over the head of every American until they finally get it and understand who the right person is to implement these ideas.
Also, her plan to help save the House and retake the Senate as insurance against a possible Barack Obama second term is an option.  I firmly believe that, with a solid Republican holding in both the House and Senate, Obama will be totally vulnerable to impeachment for his high crimes and misdemeanors should he win another term.
Whatever the case may be, I look forward to the future of the Alaskan iron lady.
Mr.L
Posted by Mr.L's Tavern at 6:18 PM