What Game Change Could Have Been...

Sorry for beating a dead horse. I’ve discussed the Tom Hanks/Hollywood hit piece on Sarah Palin Game Change extensively in two segments.  The first was a pre-review called Lies Damned Lies & HBO’s Game Change and the second a post review following the premiere.
There are remnants of Game Change circulating on HBO’s airwaves.  It pops up from time to time as I’m doing my normal ADD-like channel surfing.  Since the movie’s premiere, countless articles were written by some of the best conservatives in the blogosphere.  Esteemed film buffs panned the film.  Some skipped the HBO premiere and penned thoughts of the movie weeks later.  Others exposed the blatant lies and misrepresentations that Hanks and his cronies tried to pull off on the American viewing public as truth about Sarah Palin on the 2008 campaign trail.  Also, how this merry band of Melrose Avenue Marxists acted as part of a propaganda arm of the Obama administration—spending millions of dollars to trash Sarah Palin, who they once believed would be Obama’s sole rival and threat in the 2012 election.


It’s over now.  This group of PDS (Palin Derangement Syndrome) sufferers threw a party that few attended.  Ratings of HBO’s debut of their movie were abysmal. Reality TV re-runs got better numbers than HBO's so called original programming.  And Sarah Palin still stands.  Ratings of the Today show that Sarah Palin appeared on last Tuesday, if placed up against HBO’s premiere of Game Change, Palin & the Today Show would’ve won handily.

You want to know what the biggest mistake Tom Hanks and his merry band of Mulholland Maniacs made?  Like so many other brazen leftist political agitators in the media who have come and gone, they underestimated Sarah Palin’s support. They fail to realize the American conservative movement and it’s message remains UNDEFEATED after all these years.  They don’t understand that the majority of American conservatives identify with politicians like Sarah Palin.  She is a politician who has a natural ability to connect with real people. She has a pitch perfect ear when it comes to understanding their problems.
Tom Hanks and his Burbank Bolsheviks—driven by their disdain of a popular conservative—made a boring, thin and one dimensional movie.  As I stated in one of my two segments on Game Change, the story of the 2008 election—perhaps one of the most historic elections we have since lived through in the history of our Republic—could’ve been told via a multi layered miniseries.

The story of the Obamas vs. the Clintons drama—left out.  How Obama was anointed by Harry Reid and the Democratic establishment to assume the role of liberal juggernaut to push the radical progressive agenda—left out.  Tensions between Obama and Biden—left out.  The Republican Party infighting between Mitt Romney and John McCain—left out.  By leaving out all of these elements and narratives due to a petty ideological agenda, the art suffered.  Hanks and his Hollywood Hacks proved themselves to be artistically and intellectually lazy and its one of the reasons why Hollywood loses money every year by making anti American dreck or by recycling old ideas to make them new again.
Instead of making Game Change a three part miniseries and a multifaceted account telling all sides of the 2008 campaign, they made a two hour hit job centered around Republican Party strategists who essentially back-stabbed the Republican Party and the very people they were hired to protect and advise.  If the movie Game Change had been executed properly, the broader story of the 2008 campaign, on the right and the left, would've made for some interesting casting and likely brilliant performances by actors portraying some of America's most popular political figures.

Here’s how I would have cast the real story of the 2008 presidential campaign:

Julianne Moore in the role of Sarah Palin was a joke. It must be Moore’s pasty skin, freckles and swollen gums that made her such a turn off.  Moore didn’t seem to bother to master Palin’s Northwestern Alaskan accent.  The least we could expect from a highly paid actress is to look and sound the part.  Moore’s accent suggested that she watched Frances MacDormand in Fargo, copied her accent, and used it to portray Palin.  I think the star of My Big Fat Greek Wedding, Nia Vardalos, would’ve brought Sarah Palin’s real persona to life on screen.  Vardalos is closer to Palin in age than Moore and has a comedic background that would’ve been helpful in the portrayal of a woman who—to  all those who really know her—has a robust sense of humor.  Vardalos shares with Palin confident and mischievous looking brown eyes.

Junior Senator Barack Obama on the 2008 campaign trail and the greatest story never told.  Left out of HBO’s account of the campaign: How did the Chicago political corruption machine battle the Clinton political corruption machine?  How did the campaign react to the Jeremiah Wright tapes?  How did the campaign react to Joe Biden’s gaffe-tastic VP nomination?   Game Change the book claims that the entire Obama campaign got dropped on their heads the moment Sarah Palin was picked for VP.  Would’ve liked to see a scene like that. 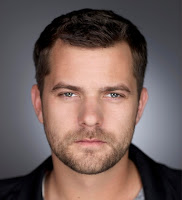 This actor looks much more like Todd Palin than David Gray who portrayed him in the HBO movie. 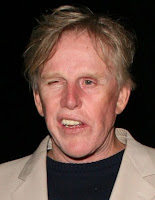 Because it takes a lunatic who often sticks his foot in his mouth in real life to play one on TV.

Kathy Bates could’ve dropped a few pounds for the role but the mean faced, clipped haired feminist look she would have down pat.  Imagine a scene with Kathy Bates as Hillary raging at Obama's ability to escape the Wright mess unscathed where she told her aides: "Just imagine, just for fun, if my pastor from Arkansas said the kind of things his pastor said. I'm just saying. Just imagine. This race would be over."  And then there’s the moment where it’s said that Obama and Hillary Clinton happened to bump into each other at Reagan National Airport.  The conversation was calm for a few minutes then it got animated with Hillary thumping her finger Obama's chest. Obama tried to calm her down by putting his hand on her shoulder but that just pissed her off even more. 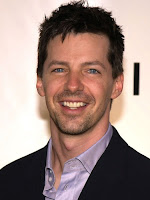 The Baby Faced Nelson former ambulance chaser turned Vice Presidential candidate who polled third against Hillary Clinton and Barack Obama nationally.  His campaign was destroyed when his affair on his wife, who had cancer at the time, produced a love child.  Another salacious sub plot that never made it to the screen. 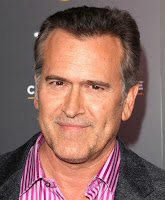 Same as it ever was--everyone hates Mitt in 2008 as they do in 2012.  It would’ve been interesting to see the unfolding drama in the Republican race for the nomination between John McCain and Mitt Romney.  Don't forget the McCain, Mike Huckabee and Fred Thompson alliance that ultimately stopped Romney in 2008.  This actor really hasn’t had a major film role since Evil Dead in the 1980s but, you have to admit, he’s a dead ringer for Mitt Romney.

Conservative talk radio
Whether it was Rush’s Operation Chaos, Hannity’s exposé on Jeremiah Wright, or Michael Savage hammering home the birth certificate issue—these talk radio icons were Paul Reveres of the 2008 campaign warning us about Barack Obama and his socialist tendencies.
Vincent D’nofrio as Rush 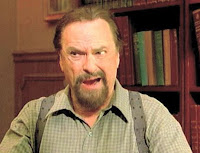 The only place where HBO and the producer’s got it right when it came to casting was Ed Harris as John McCain.  When I first heard about Game Change the movie, I originally believed that Robert Duvall would be better suited for the role of John McCain.  But after watching the movie, I realize that HBO was spot on with their selection of Harris.  The actor portrayed the RINO-tastic, bungling ham fisted politician perfectly.