Re-Mail This Bumper Sticker To Someone Who Wants It

Today I received in the mail yet another piece of campaign literature from the Mitt Romney campaign.  This one came with a bumper sticker.  I sent it back to them along with this letter.  I plan on sending one to Reince Priebus’ office as well.  Folks, allow me to be clear--I am not directing anyone to do anything.  If you feel like you need to support the RNC and Mitt Romney out of fear of Obama’s 2nd term, I understand.  But after what the Republican Party and the Romney campaign pulled this week on the convention floor—as a conservative—there is only so many times that I can get kicked in the teeth and keep smiling.  –Mr.L

To the Mitt Romney campaign and the Republican National Committee:
Enclosed is the free bumper sticker you sent via US Mail.  I am returning it so that you may re-mail it to someone else who has the pride to put it on their car.  Here’s why I am returning it:
I recently learned that members of your campaign, legal advisors, Gov. John Sununu and Speaker of the House John Boehner, engaged in a power grab on the floor of the convention hall in Tampa.  Apparently, you all went ahead and made changes to certain rules concerning who picks delegates.  After some research, I realize the only purpose for such an unnecessary move is to have top down control over which delegates get picked to attend future conventions.
Read more »
Posted by Mr.L's Tavern at 11:00 PM No comments:

Review of the documentary film Obama's America 2016.  Will this be a game changer for this election?  Do not look to Romney or the RNC for a game changer.  Also, Romney and the RNC's boneheaded, top down power grab which, I predict, will cost him the election.   This is supposed to be the time where the entire party comes together against Obama and Romney/RNC seeks to divide the party by trying to diminish the conservative grass roots. 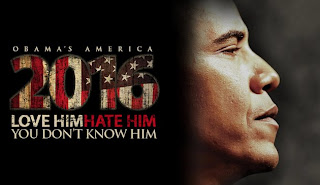 I'm speaking directly to Mitt Romney supporters. Sarah Palin, her supporters like myself & other conservatives who are leery of Mitt Romney are not the enemy.  We are not the problem. As a conservative, I get what is at stake if Barack Obama gets another four years.  It appears that the Mitt Romney campaign is shooting themselves in the foot every chance they get. They seem like they do not get what is at stake.  Instead of attacking Sarah Palin and her supporters, Romney supporters should attack the people running the Romney campaign. Know this: Kevin Madden is a fiend not a friend.  Frankly, if they continue to run a campaign this way, Romney/ Ryan may lose.

This one is for all of those conservatives out there that wish they had a different GOP nominee other than Mitt Romney.  You are all truly aware of what is at stake if Barack Obama gets a second term. I, like you, am uncertain that Mitt Romney & his campaign and the GOP establishment  understand what is at stake. Frankly, Romney has been running for president since 2008 yet his campaign is acting like amateurs.  This segment was inspired by a bunch of Romney supporters I caught on twitter today who were whining like little bitches at the fact that Sarah Palin didn't endorse Romney yet.  This is for them too. If Romney wants Sarah's help, perhaps he should ask for it. Also, Andrea Saul -- the Romney communications aide with plenty of teeth and little brains.  This and more. Wake me when it's 2016.

Mitt Romney & RNC have still not invited Sarah Palin to the Republican National Convention.  Did you know that before she became a VP candidate, she was set to speak at TWO time slots at the 2008 convention? It's in Palin's emails. Now these bums in the GOPe and Romney campaign play their little game being hesitant about offering her one prime speaking slot.  Frankly, a Romney GOPe diss against Sarah Palin is a diss against all grass roots conservatives and tea party patriots. They continue to do this at their own peril. Why I will NEVER defend Romney on ANYTHING ever again.  Dealing with moronic Romney supporters online.